The year of surprises continues with the US election result

On both the sporting field and in the political sphere, 2016 has produced a year of surprises; and no surprise was greater than the outcome of the U.S. election. Donald Trump’s victory to become the 45th President of the United States certainly caught pundits, investors and experts off guard, being the first candidate to defy a consistent string of negative opinion polls since 1952.

Given Mr. Trump’s lack of political track record, the absence of policy detail and the unconventional nature of some of his key proposed initiatives, his election creates considerably more uncertainty than would normally be associated with a change in the leadership of the world’s largest economy. Considering this uncertainty, the response on financial markets to the news of Mr. Trump’s election win can be considered surprising. The accompanying chart shows the movement on major share markets across the globe on the Wednesday following the election. The initial reaction was one of heavy selling on Australian and Asian markets as the election result unfolded. Despite a late recovery, the Australian S&P ASX 200 Index finished 1.9% lower for the day.

The U.S. market also showed very heavy early losses on futures markets when the election verdict was becoming clear. However, upon opening, U.S. equities rallied and are now trading 1.1% above their opening level. It would appear the somewhat conciliatory tone of Mr. Trump’s acceptance speech was successful at calming markets and creating positive sentiment. European markets, which also opened lower, were dragged higher as confidence rose through the day.

Outside of equity markets, adjustments in valuations also took palce. On currency markets the $US initially weakened against the Euro and the Yen, but later rallied on the restoration of general optimism. However, the $A was sold down given concerns over the outlook for trade - particularly in relation to commodities and China. At the time of writing, the $A had fallen 1.2% against the $US, 0.5% against the Euro and 0.6% against the Japanese Yen.

The early search for “safe-haven” assets also saw the gold price bid up approximately 4%, with gold mining companies one of the few areas posting gains on the Australian equity market. Initially, funds also flowed into government bonds, pushing longer term U.S. yields 0.1% to 0.15% higher. However, this trend was rapidly reversed as the market focussed on the expansionary, and potentially inflationary, aspects of Mr. Trump’s policies. This reversal saw bond yields rise 0.1% from their pre-election level.

An assessment of the investment impact of potential new policies

From an Australian perspective, arguably the most significant policy change flagged by Mr. Trump is an increase in trade barriers, particularly those aimed specifically at China. In addition to imposing import tariffs, Mr. Trump has expressed opposition to specific trade agreements, including the Trans-Pacific Partnership of which Australia is a party to. As a relatively export reliant economy, actions to curtail global trade would have negative implications for Australia and, in particular, our mining companies.

Proposals to significantly lower company tax rates and reduce top personal taxation rates in the U.S. may provide a source of stimulus for the U.S. economy and boost net company earnings. Similarly, the plans to lift infrastructure spending may also be positive for U.S. economic growth. Although some reduction in non-defence spending has been flagged, it is likely that the combined effect of the revenue and spending measures will represent an expansion in the size of the U.S. Government deficit – in the initial years at least.

Both the expansionary fiscal policy and the increase in tariffs do increase the probability of higher inflation. The fact that the U.S. economy is currently operating at close to full employment (at least under traditional measures of unemployment) suggests that policies designed to create additional economic activity could see both wages and inflation rise. Efforts to control the supply and use of lower cost Mexican labour is a further factor that could create additional wage-push inflation across the U.S. economy.

Taken at face value, the expected results of Mr. Trump’s proposed key policies could imply there is merit in rebalancing equities towards the U.S., where trade and taxation policies may favour the corporate sector. Companies operating outside of the U.S. may have more to lose from the proposed policy regime than companies inside the U.S. In addition, the prospect that policies will create inflationary pressures may justify a further shift in allocations away from fixed interest and long duration assets.

However, extreme care needs to be taken in extrapolating investment strategies from the election result at such an early stage. It is possible, that with the demands and complexities of office, the new President will be forced to be more pragmatic in policy design and implementation than has been suggested thus far. Additionally, with the houses of Congress being required to pass almost all new policies being contemplated, there is considerable doubt as to the timing, detail and successful implementation of any new policies.

Unfortunately for investors, this current set of circumstances could result in an extended period of uncertainty and volatility, with further key elections being held in Europe over the next 12 months. Ultimately, however, the election result may end up changing very little in respect of the long-term drivers of equity market returns, as companies invariably find ways to produce and grow profits despite political risks and uncertainties. 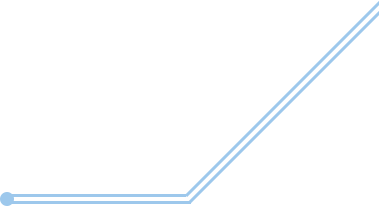 Please enjoy the back issues of our monthly newsletter